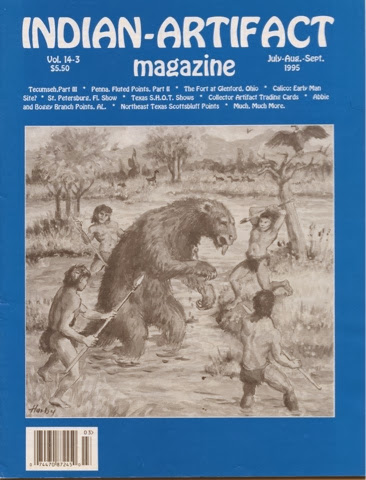 "...freeze solid. However great their victory, the natives faced considerable hardship that winter.
The natives of Kegonga and Chillicothe had been obliged to feast the visiting warriors who had aided them in battle. Harmer had burned 20,000 bushels of their corn, and vegetables. He had also destroyed much of their winter clothing when he burned the Shawnee and Miami villages.
The village people were very grateful to have Tecumseh - their best hunter, back again. He spent most of that winter of 1790 hunting tirelessly. Not only was he providing food for them, but also furs needed for warm clothing. Tecumseh was a very generous but determined leader; he often chided his companions to give their kills to the elderly and to the women and children as he did. Those who refused could expect a sharp upbraiding.
Blue Jacket made many long, cold trips to Detroit, the British stronghold, in order to secure flour, corn, clothing, and ammunition. This ammunition enabled all of the warriors to fan out and hunt as they usually did in winter; however, people were still starving. In desperation, Blue Jacket decided to raid a new settlement called Dunlap's Station, located in the area of Colerain, Ohio, hoping to seize their food supplies, and also to keep the Shemanese from spreading farther into Ohio.

Email ThisBlogThis!Share to TwitterShare to FacebookShare to Pinterest
Labels: 1791, 1995

The sudden death of  Mary France Robinson Thursday afternoon at 1:30 o'clock was a great shock to the family and friends. Mrs. Robinson had not been in good health for several months but was able to be up and around and do her own housework. Her death was caused by a cerebral hemmorage suffered Wednesday evening.  She never regained consciousness following the attack.
Read more »

Vol. 16-3, Page 9
...face of Bo-nah. who dragged him out of the wegiwa and over to the council-house, Bo-nah raised Simon's arms up and shouted, Cut-ta-ho-tha!"
Drumming and whoops filled the air. Simon's spirits sank. Bo-nah painted Simon's face black - which was the sign of the condemned man.

"When," Simon asked Bo-nah. "When will I d Ins eyes and awaited his late lays ol ie.1 and upaii loi Simon, led with linn loi ...

...Wapatomica - eight miles away.  The warriors had become more watchful. He was kept haltered, driven on foot in front of Bo-nah's horse and given no opportunity to even think of escape.