What's new on our site today!

Question: What is a "blood quantum," and why do American Indians argue about it so much?

Well, the way the government defines whether someone is a "real" Indian or not is they measure their blood. They have some arcane way of doing this by dividing the number of generations since all your ancestors were pure-blood by the number of marriages with people who aren't pure-blood. By their counting, I think I'm 7/8 Indian. Some of it is Muskogee, but they don't care about that. They're just trying to see how close we are or are not to white. We argue about this so much because nobody likes it. It's a really bad way to define somebody's culture and almost everyone agrees on that, but everyone can't agree on a better way, so there's a lot of complaining and it doesn't change.

Edinburgh /ˈɛdɪnbɜrɡ/ is a town in Bartholomew, Johnson, and Shelbycounties in the U.S. state of Indiana. - Wikipedia
------


Tale of One Cities

On September 1, 1905, the government of Canada officially created the provinces of Saskatchewan and Alberta, carving the two out of the Northwest Territories. The two provinces share the 110th meridian west as their common border, with Alberta to the west of the line and Saskatchewan to the east. The meridian also runs through the city of Lloydminster, as seen roughly in the map below (the red box is Lloydminster), dividing the municipality into two parts. 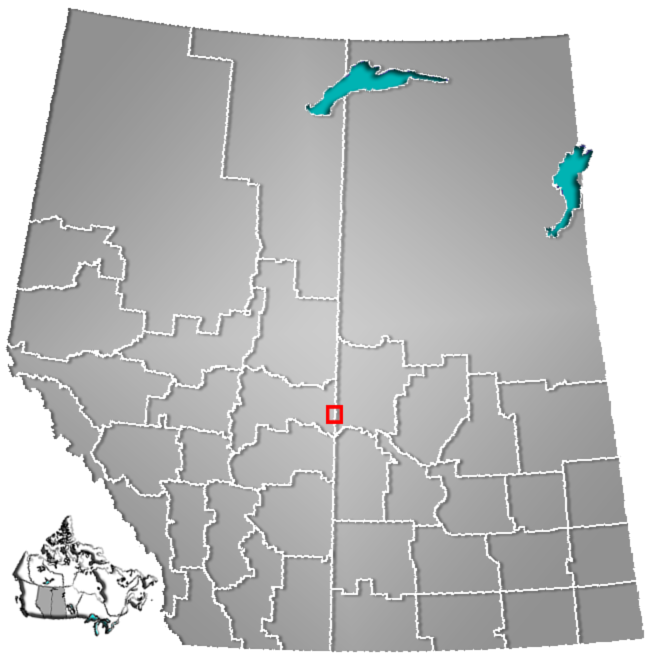 So which province is Lloydminster in?
It depends.