Draft. Exerpts transcribed for Fair Use only. Emphasis added. 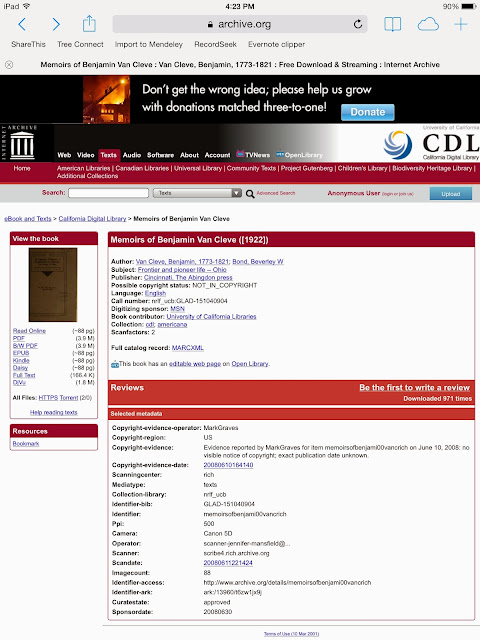 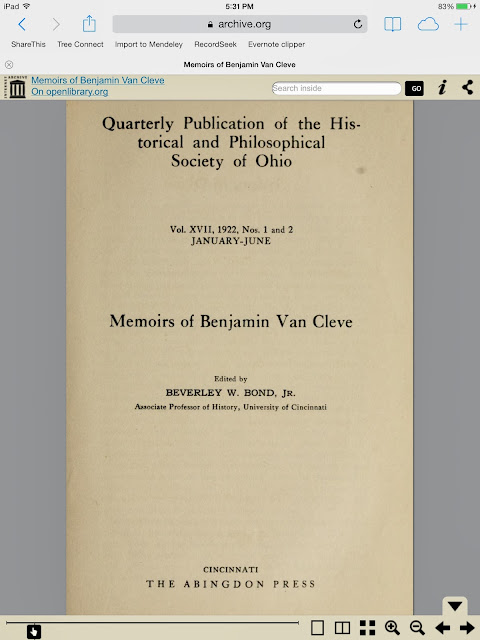 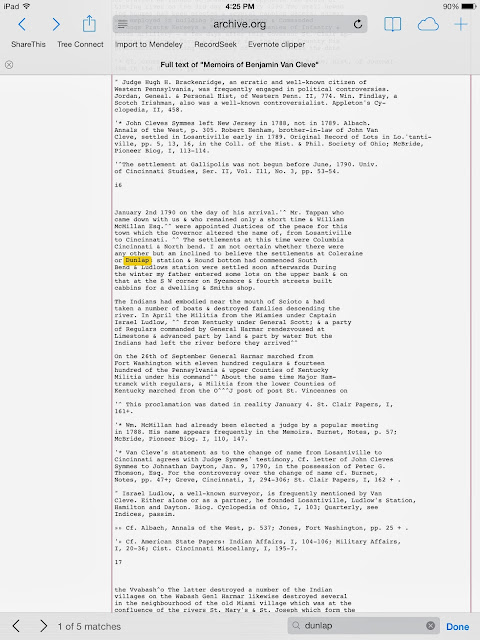 "...January, 2nd, 1790 on the day of his arrival. Mr. Tappan and who came down with us & who remained only a short time & William McMillan, Esq. were appointed Justices of a Peace for this town which the governor altered the name of, from Losantiville to Cincinnati. Two settlements at that time were Columbia, Cincinnati and North Bend. I am not certain whether there were any other but am inclined to believe the settlements at Coleraine or Dunlap station and Round bottom had commenced South Bend and but Ludlow station were settled soon afterwards...

17
---
"the Ohio belonged to Major Leech.21 In order to form a settlement thereon & to have a farm opened for himself he offered an hundred acres for clearing & fencing of each ten acre field with the use of the cleared land for three years. The majority of the settlers were to make choice of the corner of his tract where three time the quantity of land due to the setlers was to be surveyed into lots & then the setlers to draw by ballot for the first choice. My father allowed me to engage as one of the settlers (I being then 18 years old) He calculated on assisting so that we might each get at least 100 acres. It was about the middle of March 1791 that I left home. The setlers consisted of four men with families & four of us single men. We first erected what was generally termed a station. Each family occupied a Block house & I am now uncertain whether we put up stockades or not. We were very industrious & progressed with our clearing for Corn until about the last of April when one of Mr. Fowlers sons was killed by an accident He was a lad of about 16 years old & the old Gentlemans main dependance & the family became discouraged & moved away.
In the winter preceding22 about 400 Indians had made an attack on Dunlaps Station on the Great Miami & continued the seige for about 26 hours, had killed all the stock destroyed the grain & burnt all the out-buildings. Before they reached the Station they killed Mr. Cunningham wounded Mr Sloan & took Abner Hunt prisoner who they massacred in a most shocking manner within sight & hearing of the people of the Station. The Garrison consisted of thirty five regulars under the Command of Capt Kingsbury & about fifteen effective men of the inhabitants one of the soldiers received a slight wound & several Indians were killed. I was among the party that came to their relief & in a second tour assisted to repair their fortifications at which time I boarded at Mr Hahn's who was killed with two of his neighbours at one time & his eldest son & several others at another shortly after. The Indians had now become so daring as to skulk thro the streets at night & through the gardens around Fort Washington. Besides many hairbreadth escapes we had news daily of persons killed on the Little Miami or on the Great...
----
21 This settlement, founded by Major David Leitch, was known as Leitch's Station. Collins, Kentucky, II, 24.
22 This paragraph, and the greater part of the following one, has been printed in the American Pioneer, II, 148-50. For the attack upon Dunlop's Station, Cf. Greve, Cincinnati, I, 284-287; McBride, Pioneer Biog. I, 14 + . 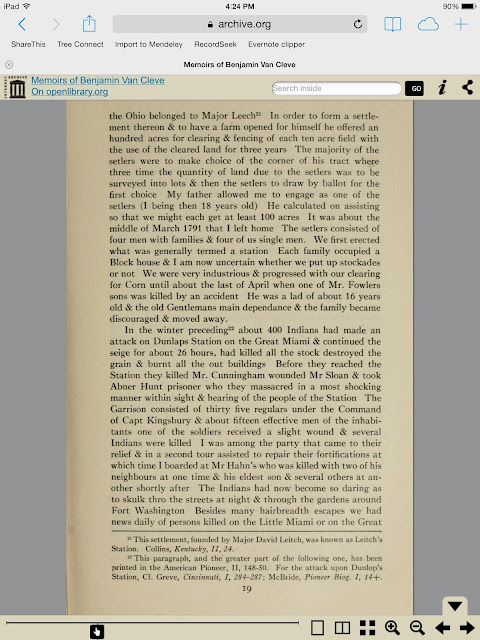