Pioneer biography : sketches of the lives of some of the early settlers of Butler County, Ohio (1869) 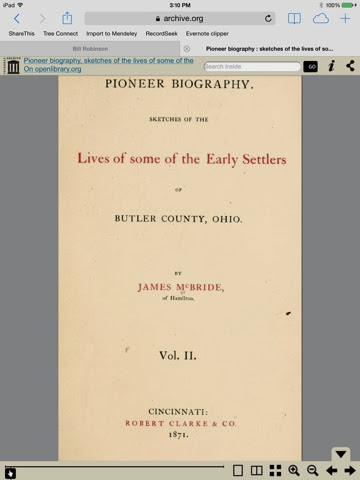 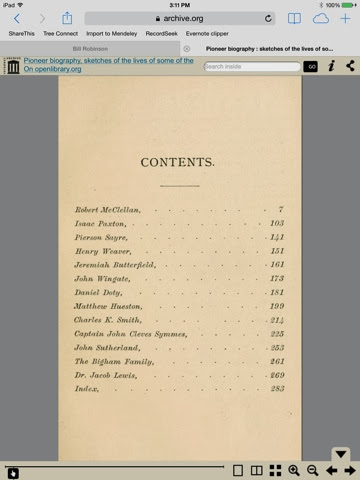 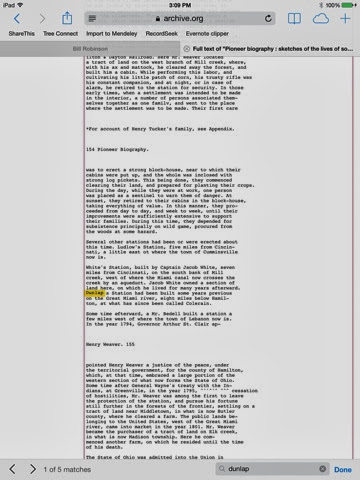 tract of land on the west branch of Mill creek, where, with his ax and mattock, he cleared away the forest, and built him a cabin. While performing this labor, and cultivating his little patch of corn, his trusty rifle was his constant companion, and at night, or in case of alarm,  he retired to the station for security.  In those early times, when a settlement was intended to be made in the interior, a number of persons associated themselves together as one family, and went to the place where the settlement was to be made. Their first care

154 Pioneer Biography.
was to erect a strong block-house, near to which their cabins were put up, and the whole was inclosed with strong log pickets. This being done, they commenced clearing their land, and prepared for planting their crops.
During the day, while they were at work, one person was placed as a sentinel to warn them of danger. At sunset,  they retired to their cabins in the block-house, taking everything of value.  In this manner,  they proceeded from day to day,  and week to week, until their improvements were sufficiently extensive to support their families.  During this time, they depended for subsistence principally on wild game, procured from the woods at some hazard.
Several other stations had been or were erected about this time. Ludlow's Station, five miles from Cincinnati, a little east of where the town of Cumminsville now is.
White's Station, built by Captain Jacob White, seven miles from Cincinnati, on the south bank of Mill creek, west of where the Miami canal now crosses the creek by an aqueduct.  Jacob White owned a section of land here, on which he lived for many years afterward.
Dunlap's Station had been built some years previous on the Great Miami river, eight miles below Hamilton, at what has since been called Colerain.
Some time afterward, a Mr. Bedell built a station a few miles west of where the town of Lebanon now is.
In the year 1794,  Governor Arthur St. Clair ap-

Henry Weaver. 155
pointed Henry Weaver a justice of the peace, under the territorial government, for the county of Hamilton, which, at that time, embraced a large portion of the western section of what now forms the State of Ohio.
Some time after General Wayne's treaty with the Indians,  at Greenville, in the year 1795, cessation of hostilities, Mr. Weaver was among the first to leave the protection of the station, and pursue his fortune still further in the forests of the frontier, settling on a tract of land near Middletown, in what is now Butler county, where he cleared a farm. The public lands belonging to the United States, west of the Great Miami river, came into market in the year 1801. Mr. Weaver became the purchaser of a tract of land on Elk creek, in what is now Madison township.  Here he commenced another farm, on which he resided until the time of his death.
The State of Ohio was admitted into the Union in 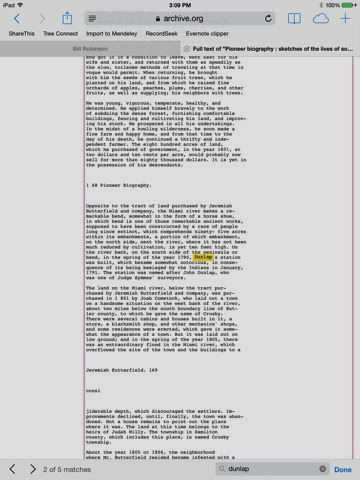 ...and got it in a condition to leave, went cast for his wife and sister,  and returned with them as speedily as the slow, toilsome methods of traveling at that time in vogue would permit. When returning, he brought with him the seeds of various fruit trees, which he planted on his land, and from which he raised fine orchards of apples, peaches, plums, cherries, and other fruits, as well as supplying; his neighbors with trees.
He was young, vigorous, temperate, healthy, and determined. He applied himself bravely to the work of subduing the dense forest, furnishing comfortable buildings, fencing and cultivating his land, and improving his stock.  He prospered in all his undertakings.
In the midst of a howling wilderness, he soon made a fine farm and happy home, and from that time to the day of his death, he continued a thrifty and independent farmer. The eight hundred acres of land, which he purchased of government, in the year 1801, at two dollars and ten cents per acre, would probably now sell for more than eighty thousand dollars.  It is yet in the possession of his descendants.

168 Pioneer Biography.
Opposite to the tract of land purchased by Jeremiah Butterfield and company,  the Miami river makes a remarkable bend, somewhat in the form of a horse shoe, in which bend is one of those remarkable ancient works, supposed to have been constructed by a race of people long since extinct, which comprehends ninety-five acres within its embankments,  a portion of which embankment, on the north side, next the river, where it has not been much reduced by cultivation, is yet ten feet high. On the river bank, on the south side of the peninsula or bend,  in the spring of the year 1790, Dunlap s station was built, which became somewhat notorious, in consequence of its being besieged by the Indians in January, 1791. The station was named after John Dunlap, who was one of Judge Symmes' surveyors.
The land on the Miami river, below the tract purchased by Jeremiah Butterfield and company, was purchased in 1801 by Joab Comstock, who laid out a town on a handsome situation on the west bank of the river, about two miles below the south boundary line of Butler county, to which he gave the name of Crosby.
There were several cabins and houses built in it, a store, a blacksmith shop, and other mechanics' shops, and some residences were erected, which gave it somewhat the appearance of a town. But it was laid out on low ground;  and in the spring of the year 1805, there was an extraordinary flood in the Miami river, which overflowed the site of the town and the buildings to a

Jeremiah Butterfield. 169
considerable depth, which discouraged the settlers. Improvements declined, until, finally, the town was abandoned. Not a house remains to point out the place where it was. The land at this time belongs to the heirs of Judah Willy. The township in Hamilton county, which includes this place, is named Crosby township.
About the year 1805 or 1806, the neighborhood where Mr. Butterfield resided became infested with a.. 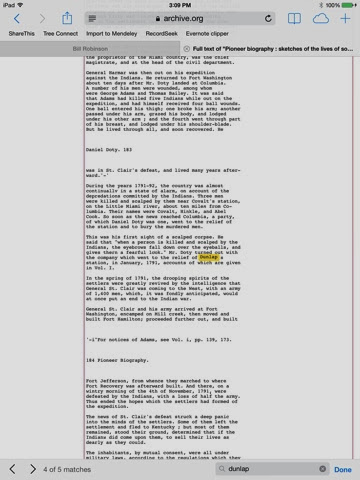 "...the proprietor or trie Miami country, was the chief magistrate, and at the head of the civil department.
General Harmar was then out on his expedition against the Indians. He returned to Fort Washington about ten days after Mr. Doty landed at Columbia.
A number of his men were wounded, among whom were George Adams and Thomas Bailey.  It was said that Adams had killed five Indians while out on the expedition, and had himself received four ball wounds.
One ball entered his thigh; one broke his arm; another passed under his arm, grazed his body, and lodged under his other arm; and the fourth went through part of his breast, and lodged under his shoulder-blade.
But he lived through all, and soon recovered. He

was in St. Clair's defeat, and lived many years afterward.
During the years 1791-92, the country was almost continually in a state of alarm, on account of the depredations committed by the Indians. Three men were killed and scalped by them near Covalt's station, on the Little Miami river, about ten miles from Columbia. Their names were Covalt, Hinkle, and Abel Cook.  So soon as the news reached Columbia, a party, of which Daniel Doty was one, went to the relief of the station and to bury the murdered men.
This was his first sight of a scalped corpse. He said that "when a person is killed and scalped by the Indians, the eyebrows fall down over the eyeballs, and gives them a fearful look." Mr. Doty turned out with the company which went to the relief of Dunlap's station, in January, 1791, accounts of which are given in Vol. I.
In the spring of 1791, the drooping spirits of the settlers were greatly revived by the intelligence that General St. Clair was coming to the West, with an army of 1,400 men, which, it was fondly anticipated, would at once put an end to the Indian war.
General St. Clair and his army arrived at Fort Washington, encamped on Mill creek, then moved and built Fort Hamilton; proceeded further out, and built

184 Pioneer Biography.
Fort Jefferson,  from whence they marched to where Fort Recovery was afterward built. And there, on a wintry morning of the 4th of November, 1791, were defeated by the Indians, with a loss of half the army.
Thus ended the hopes which the settlers had formed of the expedition.
The news of St. Clair's defeat struck a deep panic into the minds of the settlers.  Some of them left the settlement and fled to Kentucky; but most of them remained, stood their ground, determined that if the Indians did come upon them, to sell their lives as dearly as they could.
The inhabitants, by mutual consent, were all under military laws, according to the reaiilatinns which they..."