Draft. Exerpt transcribed for Fair Use only. Emphasis added. 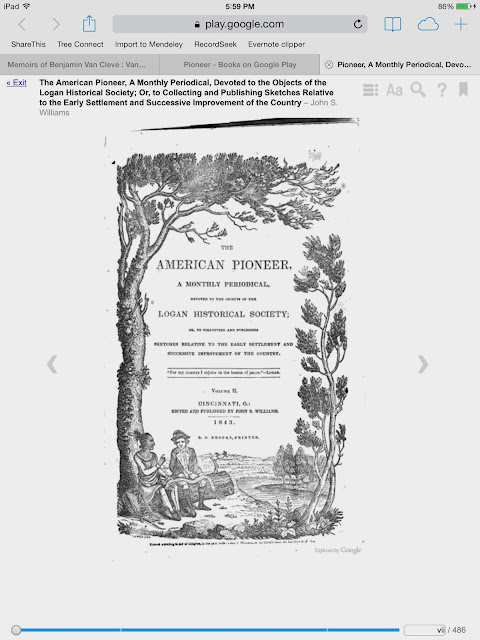 "In the winter preceding about 400 Indians had made an attack on Dunlaps Station on the Great Miami & continued the seige for about 26 hours, had killed all the stock destroyed the grain & burnt all the out-buildings. Before they reached the Station they killed Mr. Cunningham wounded Mr Sloan & took Abner Hunt prisoner who they massacred in a most shocking manner within sight & hearing of the people of the Station. The Garrison consisted of thirty five regulars under the Command of Capt Kingsbury & about fifteen effective men of the inhabitants one of the soldiers received a slight wound & several Indians were killed. I was among the party that came to their relief & in a second tour assisted to repair their fortifications at which time I boarded at Mr Hahn's who was killed with two of his neighbours at one time & his eldest son & several others at another shortly after." 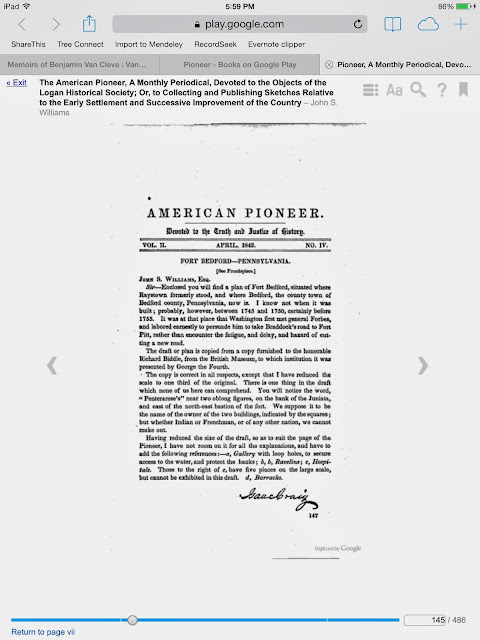 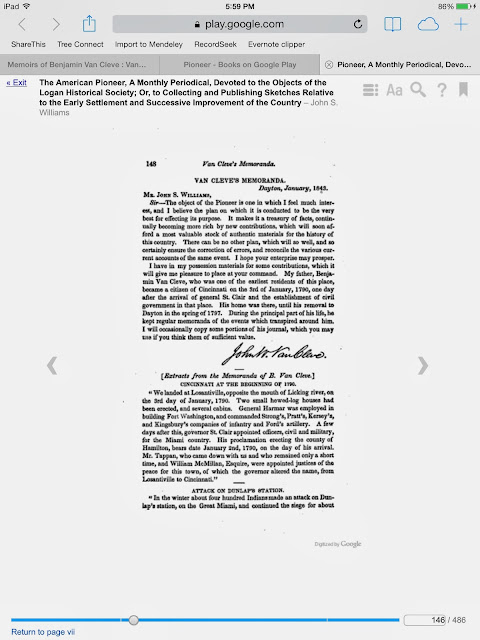 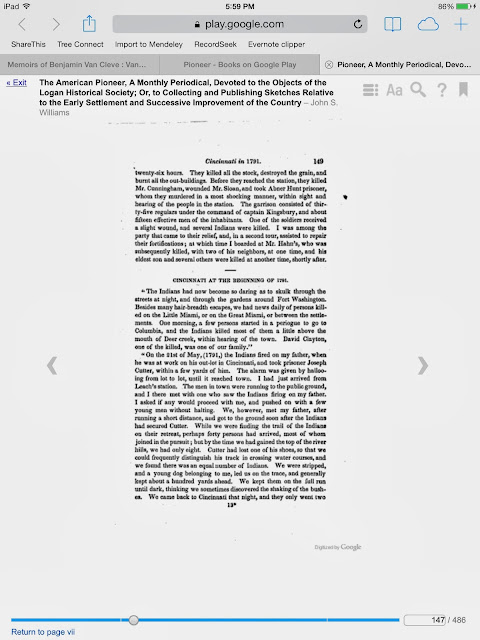