Was Abner hunt a Prisoner of war?

If so, was the military and civilian attack an unwarrented escalation?

Did the whites put their heads on pikes for celebration

"One of the more confusing aspects of the Indian execution of warfare against European settlers is the use of what seems barbarous cruelty, and this a difficult issue for a modern observer to truly understand. As discussed above, fighting between Indian warriors seldom resulted in many casualties. Often rather as not, Indians preferred to take their enemies captive, especially noncombatants. These people were usually adopted into the tribe as a means of maintaining population levels under stress from disease, famine or warfare.

“You white people also try your criminals, and when they are found guilty, you hang them or kill them, and we do the same among ourselves.”

Indian ritual and custom also played a large part in their treatment of prisoners. The fate of all captives was the prerogative of the tribe’s collective matriarchs, the Clan Mothers. In most cases, women and children were automatically adopted, as were most men. However, when a captive was sentenced to die, which happened far more often to opposing Indians prisoners than settlers, there was always a clear adjudication of the crime prior to execution, with both those condemning the accused as well as his supporters given an equal opportunity to speak. It came as a great surprise to Native Americans when Europeans condemned this practice. One Lenape responded to his colonial critics, saying, “You white people also try your criminals, and when they are found guilty, you hang them or kill them, and we do the same among ourselves.”

This eighteenth-century drawing depicts a “savage” Iroquois warrior, like those who attacked the Wyandot in their Wendake homeland. Library and Archives Canada.
While those condemned to die usually faced a painful death by ritual torture or burning at the stake, an adoptee also was processed into the tribe through rituals, which were intended to accord them full status as a member of the tribal family. This usually involved running the gauntlet, bathing, and then being dressed in tribal garments. Once the rituals were complete, the new adoptee, whether white or Indian, was usually treated as a valued, beloved family member. One settler, Thomas Grist, who was captured near Fort Duquesne in 1758, was fortunate enough to be adopted into an Indian family as a replacement for a deceased family member:

“I was led into the house where I was to live, there strip’d [sic] by a female relation, and then led to the river. There she wash’d [sic] me from head to foot, leavin[g] none of the paint itself on me. We then returned to the house, where was gather[ed] all my relations and I believe few men has so many. Such hug[g]ing and kissing from the women and crying for joy, I never saw before. The men acted in a different manner; they looked very serious, shook my hand, and spake [sic] little. As soon as this ceremony was over I was clad from head to foot; then there was an interpreter brought to tell me which of my kin was nearest to me. I think they’re[c]onded [sic] from brother to seventh cousins.”

Another important cultural element of the woodland Indians prosecution of war was what is commonly referred to as the Law of Innocence. Evidence indicates this law dated from at least the twelfth century, and it protected all noncombatants, especially the elderly, women and children, as well as “Messengers of Peace,” the couriers who carried peaceful or neutral messages. Further, under its tenets, women, children, elders and noncombatant males might be taken captive and adopted, but they were never to be killed, scalped or tortured.
In addition, the Law of Innocence firmly prohibited rape. Rape was considered an utterly reprehensible act by all the woodland nations and was seen as literally unthinkable in these societies, which deeply revered women and afforded them such high status. In fact, one historian points out that, among these eastern tribes, “the concept of sexual violation was a grotesque aberration, held to be on the same level as wanton child murder.” Therefore, one must question why, given these various cultural imperatives, Indian warriors did indeed scalp and kill white women and children.

The Puritans [employed] a philosophy that “nits make lice.”

Several factors influenced what must appear to be utterly aberrant behavior. First, one must remember that Indian warriors were fighting a guerilla war, with operations sometimes ranging deep into “enemy” territory. As a result, military expedience might dictate the elimination of captives who were either not useful or might otherwise slow down the warriors’ successful retreat back to their village. However, the largest single factor influencing warrior behavior in this regard was the wanton, brutal killings carried out by Anglo-American colonists from virtually the moment they arrived in America. The Puritans were the first, employing a philosophy that “nits make lice,” their cold, racist rationale for the purposeful killing of Native American women and children.
Furthermore, the British borrowed heavily from European practices of the Thirty Years War, as well as their own legacy of “search and destroy” operations in both Scotland and Ireland, all of which included the indiscriminate killing of noncombatants. As a result, the British provided the lessons of conducting “hard war” to the Native Americans—not the other way around. In fact, it must be said that the British, as well as the Americans who followed them on the frontier, were, in reality, more brutal than their “savage” opponents because their atrocities were usually intentional and the result of carefully calculated plans and policies.

Colonel David Williamson’s Pennsylvania militia murder the innocent Christian Delawares of Gnadenhutten. Ohio Historical Society.
Yet, despite this and unlike their white counterparts, the woodland Indians never adopted wanton slaughter of noncombatants as “policy” or employed it as a standard strategy or tactic. While it might occur as a matter of military expedience, there were only rare cases where the killing and scalping women and children was actually the planned outcome of an attack. Rather, during the American Revolution, Indian leaders sometimes found themselves at odds over the Law of Innocence when dealing with their British allies. For instance, during discussions of an upcoming frontier campaign, one senior British officer casually instructed his Wyandot counterpart that his warriors were to “Kill all the rebels,” to “put them all to death, and spare none.”
The Wyandot war chief objected strenuously and requested a clarification. Surely, the British really “meant that they should kill men only, and not the women and children.” However, the response he received from the British commander was as ironic as it was perverse: “No, no,” he was told, “kill all, destroy all; nits breed lice!”

Robert Thompson is a historian living in the St. Louis, Missouri area. A former career military officer, he has a bachelor’s degree in history from Texas Tech University and was a Distinguished Graduate of American Military University, from which he holds a graduate degree in Military Studies–Civil War. His previous work includes “William Averell’s Cavalry Raid on the Virginia & Tennessee Railroad,” published in the November 2000 issue ofAmerica’s Civil War, and “Battle of Cold Harbor: The Folly and Horror,” which appeared in the November 2006 issue of Military History."

Was this 'torture and burning' a standard penalty approved by the Clan Mothers??? Could that decision be made on the spot, with that timeline? 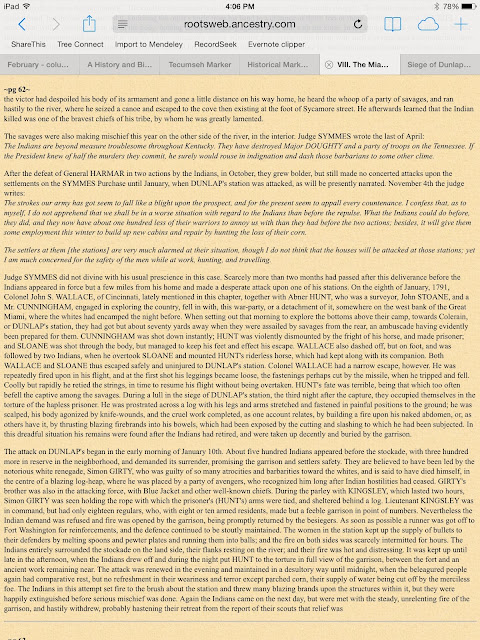 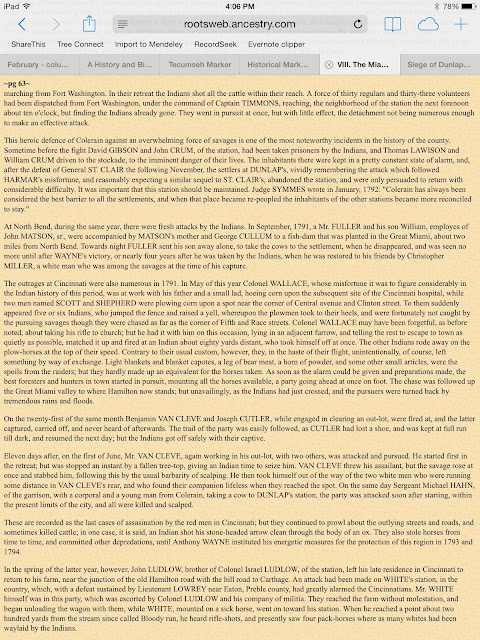 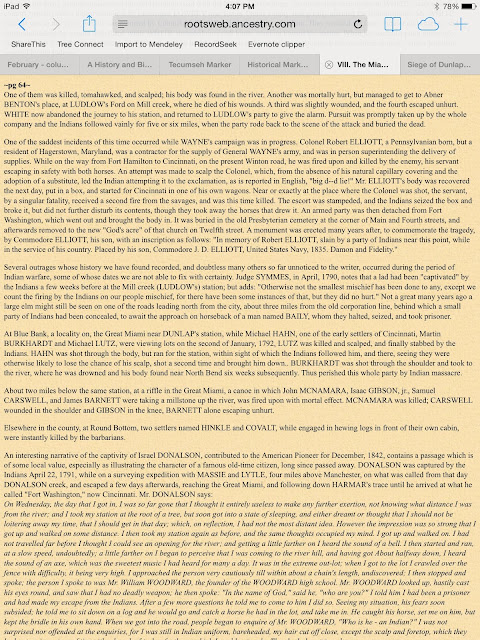