The Foundations of Ohio, Volume 1 of The history of the state of Ohio, Beverley Waugh Bond. Ohio State Archaeological and Historical Society, 1941. 507 pages. 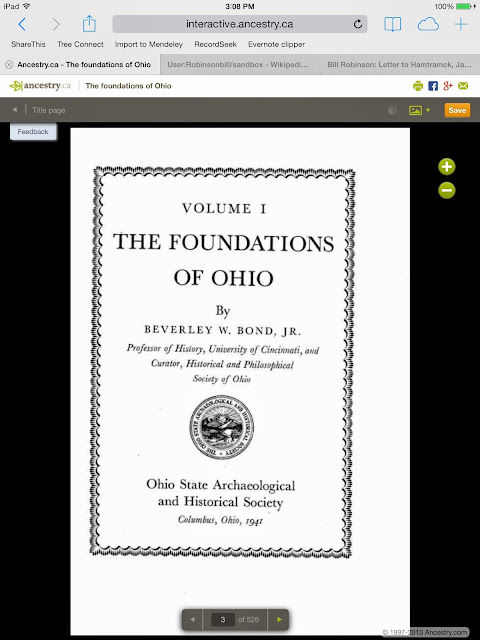 "300 THE FOUNDATIONS OF OHIO

lion, and about 30 warehouses had been erected. In part Cincinnati was passing through a typical American boom period, and one observer described the town as 'overrun with merchants and overstocked with goods.' 46
As population increased, settlement began to spread from Cincinnati, following the chief watercourses.47 In the spring of 1790 John Dunlop built a stockade at Dunlop's Station, later Colerain, on the Miami, which would protect some 30 persons in its enclosure. On Mill Creek Israel Ludlow founded Ludlow's Station, later Cumminsville, about five miles beyond Fort Washington, and on the Little Miami Captain Abraham Covalt. a Revolutionary veteran from New Jersey, laid out a settlement of 17 cabins in 1789. Other smaller outlying settlements were founded, until increasing Indian hostility put an end to this expansion into the interior, for after the virtual failure of Harmar's campaign in 1790 the Indians became much bolder. In January, 1791, a considerable force led by Simon Girty attacked Dunlop's Station, but eventually the inhabitants beat them off with the help of a few soldiers sent from Fort Washington. Even the presence of the fort did not always protect the more venturesome inhabitants of Cincinnati, and late in the spring of 1791 the Indians fired upon John Van Cleve. who was working upon his out-lot on the outskirts, and captured Joseph Cutler who was near by. The alarm was given, and a party of the inhabitants vainly pursued the Indians to the top of the hills. Nine days later Van Cleve was killed and scalped.
After St. Clair's defeat the Indians became c\eu more venturesome, and the interior of the Miami Purchase was increasingly unsafe until Wayne's victory in August, 1791 But the settlements along die Ohio had been firmly planted, and this was especially true of Cincinnati under the shadow of Fcrt Washington, which with its growing trade had made remarkable progress. As 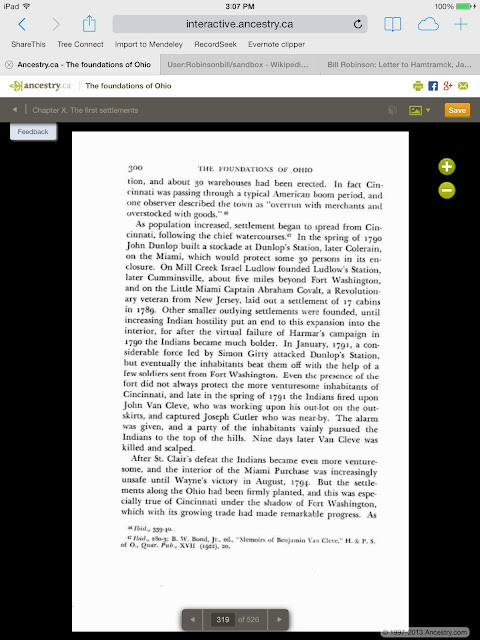