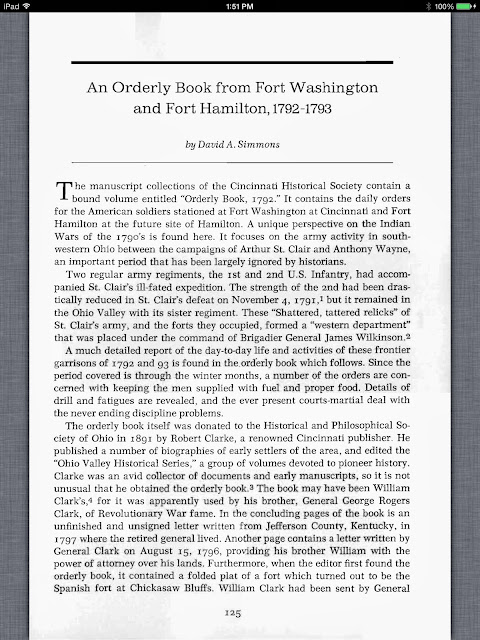 "(12) Bartholomew Schaumburgh was an immigrant of one of the German states and apparently the "drillmaster" for Wilkinson's department. His position may have been a consequence of his familiarity with Prussian military drill upon which American drill of this period was based (see fn 17). He also had some experience as an engineer at Dunlap's Station and Fort Hamilton. 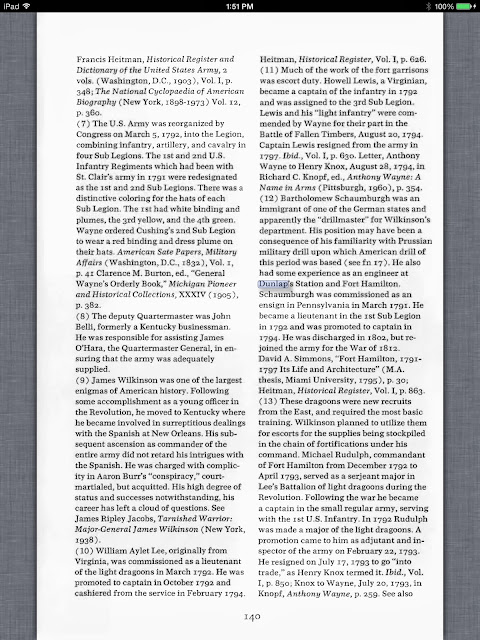 "(14) Jacob Kingsbury served with troops from Connecticut, his home state, during the Revolution. He became a lieutenant in the 1 st U.S. Infantry in 1789 and was promoted to captain in 1791. During the War of 1812, Kingsbury became a colonel in the Inspector General Department of the Army. Honorably discharged in 1815, he died in 1837. Heitman, Historical Register, Vol. 1, p. 601. 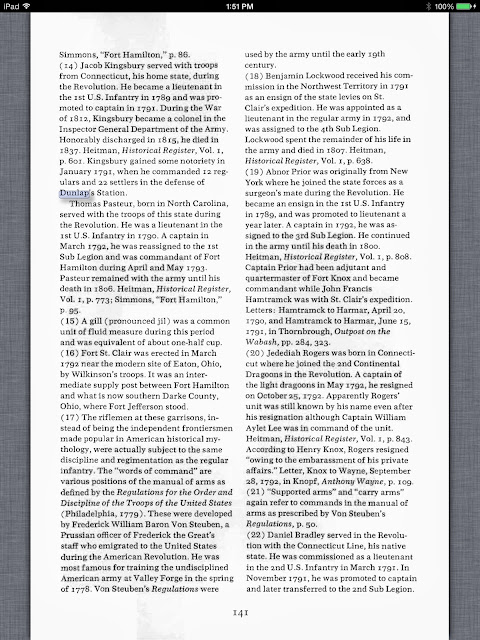 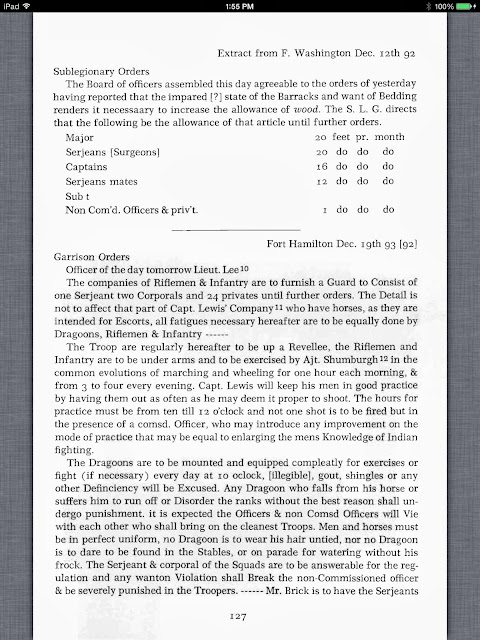 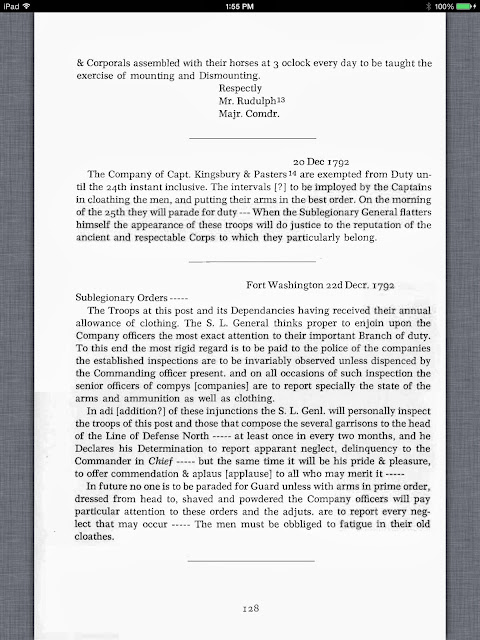