[See Was Abner Hunter a POW]

The great Shawnee statesman was probably born and orphaned in Pekowi (later called Piqua) on the Mad River, about 75 miles NE of the later sites of Cincinnati and DsS. These European settlements were directly downstream on the Great Miami River in the Ohio Country. 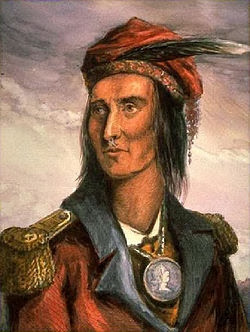 This watershed had been traditionall Miami territory until the French and the Shawnee Confederacy forced these British allies into Indiana???

South of the Ohio had been called "the dark and bloody ground" by natives due to the repeaded warfare???

The Shawnee had been chased out of what is now the N Carolina region, after the Algonkian Five Nations defeated them in Pennsylvania???

Some Shawnee had signed away the land east of The Great Miami in 1768, but the west bank was clearly Shawnee hunting grounds???

"The 18th century stone spring house in Shawnee Lookout Park is where the 1786 Treaty of Fort Finney was signed on January 31st." Gehio...

The 1787 creation of the NW Territory was done with no recognition of Native soverignty???

The 1791 Siege and the 1792 attack arose after Americans (US) encroached on the land west of the Great Miami???

(How about the Delawares, Wyandots, Miamis, etc?)...

Settler Occupations were integral to the military strategy of the expanding young nation. Most of the settlers however, had legitimately purchased land from from various land companies under Charter, e.g. The Miami Company aka Symmes Purchase. They frequently traded and shared food with numerous Natives before and during their arrival. Obviously there were many conflicts, as well. Simplistically, there were 'good' and 'bad' 'indians,' and this view was subject to mythologizing. 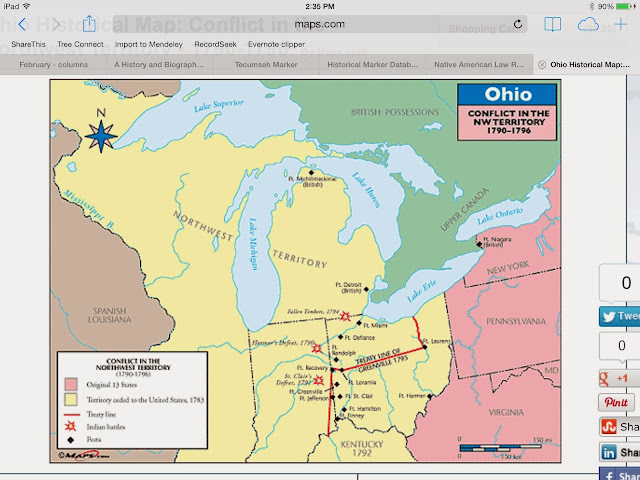 Looking back, it is clear that N America had large numbers of soverign Indigenous Peoples who are now stripped of their rights, their lands and their good health. My ancestors shared in the creation of this appalling fact. From this perspective, their obvious good intentions were collateral damage.

Until the mid 20th century the "right of conquest", i.e. ownership of land, was the law internationally. See https://en.wikipedia.org/wiki/Right_of_conquest

Arguably, Native cultures did not agree that might makes right.
"From the very beginning, the founding fathers saw tribal government as something to be admired and emulated.  Did you know that the U.S. Constitution is modeled after the oldest constitution in North America -- the constitution of the Seven Iroquois Nations? The Indians called this constitution "The Great Law of Peace" and it governed an alliance of Indian tribes that was four hundred years old when the first settlers arrived."
http://www.nativeamericancaucus.org/content/tribal-sovereignty-history-and-law

It seems clear, however, that ownership of land was anathema to the First Nations. Their 'laws' were essentially for internal relations, but like the Europeans, their treaties and religious views dictated encounters between soverign groups.

"A distinction worth noting is the fact that "tribal law" deals specifically with the internal law that governs the affairs of each tribe and its members. Sources of tribal law include oral tradition, tribal constitutions and codes, as well as codes borrowed from other sources."
http://www.law.georgetown.edu/library/research/guides/nativeamericanlaw.cfm 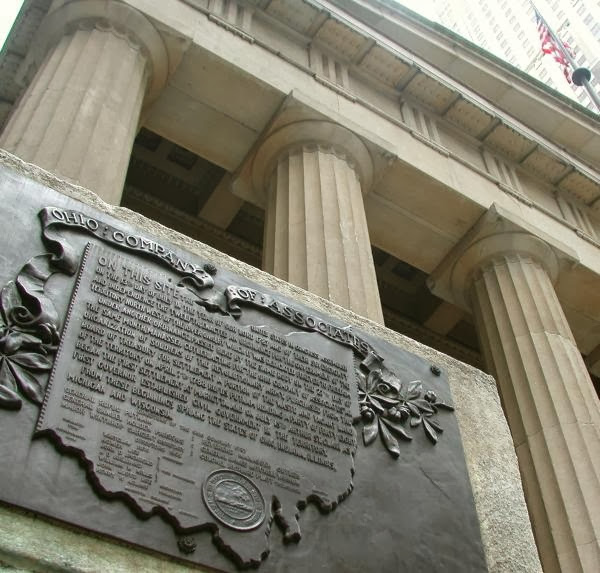 An interesting view of all this is found in:

The Clash of Cultures: Understanding the Conflict between Settlers and Native Americans on the Allegheny Plateau

e.g. "From the Indian perspective, if one “tribe” had negotiated an agreement with the British, the terms only applied to the village that had concluded it."